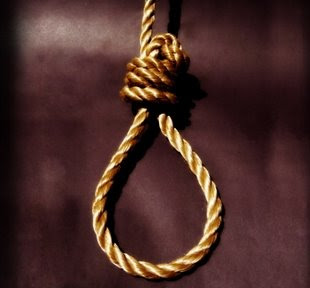 BESUT –  A man was found hanged after he threatened to harm his wife and family at Kampung Tembila Besut here Tuesday.

The unemployed man in his 30s quarrelled with his wife before he threatening her and their family with a parang at about 8.45am, Besut district police chief Supt Kamaruddin Zakaria said.

Fearing for the safety of her family and herself, the wife immediately took her three children, aged between two and five years, and her mother-in-law out of the house.

“About 15 minutes later, she heard a loud snapping sound from inside the house. She checked and saw her husband hanging in the living room,” he told reporters here.

He said the man was a drug addict.

Police have classified the case as sudden death.-BERNAMA

Let Others Drive The Hearse, Says Father Of Drowning Victims

King Calls For Unity, Stability Against COVID-19 As Parliament Convenes

News Wartawan BO - 14/08/2020
The High Court here was told today that the Pardon’s Board had given wrong advice to the Yang di-Pertuan Agong in granting a full...

News Wartawan BO - 13/08/2020
The state government is planning to increase the number of its state seats, according to Terengganu State Legislative Assembly Speaker Datuk Yahaya Ali. He said...

Pardon’s Board Gave Wrong Advice To Agong On Full Pardon For...