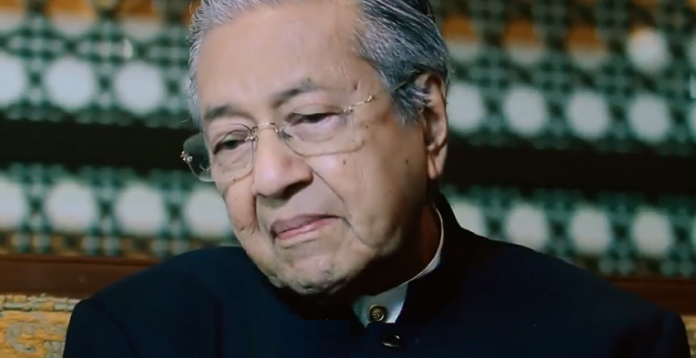 Malaysian Prime Minister Mahathir Mohamad has announced his resignation but was asked to stay on as interim leader by the country’s monarch.

Mahathir said in a two-line statement that he had informed the country’s king of his resignation at 1pm Kuala Lumpur time (05:00 GMT) on Monday.

Mahathir also reportedly resigned from his own party, Parti Pribumi Bersatu Malaysia, according to Reuters news agency, citing three sources. Mahathir’s party also announced that it was quitting the ruling government coalition, Pakatan Harapan (Alliance of Hope), casting doubt on the future of the partnership.

Mahathir’s decision follows a weekend of political wrangling, after it was reported on Sunday night that his party was planning to form a new government that would exclude his anointed successor, Anwar Ibrahim.

The king accepted Mahathir’s resignation after meeting with him later on Monday, Chief Secretary Mohd Zuki Ali said in a statement.

“However, His Highness has given his assent to appoint Mahathir Mohamad as interim prime minister, while waiting for the appointment of the new prime minister. Hence until then, (Mahathir) will manage the country’s affairs until a new prime minister and cabinet are appointed,” Mohd Zuki said.

Anwar also said that Mahathir has no plans to join with anyone from the previous ruling coalition he defeated to try to form a new government.

When asked if Mahathir was responsible for the current political turmoil, Anwar blamed “those within my party and outside using his name.”

“And he [Mahathir] reiterated what he had said to me earlier, he played no part in it. He made it very clear, that in no way would he work with those associated with the previous regime.”

n Sunday night, allies of Mahathir, some renegade members of Anwar’s People’s Justice Party (PKR), and a slew of other Parliament members, including those from the opposition, UMNO, held talks in the outskirts of the capital, Kuala Lumpur.

The meeting fuelled speculation of an impending collapse of the coalition government, and a political realignment in Malaysia.

The intrigue hanging over Mahathir, 94, and Anwar, 72, is the latest chapter in a long-running political saga between two of the country’s most prominent political figures.

Anwar and Mahathir united ahead of the 2018 election to drive out the UMNO-dominated Barisan Nasional coalition that had ruled the Southeast Asian country for six decades in a surprise victory that led to the removal of then-Prime Minister Najib Razak.

Mahathir has also repeatedly promised to hand over power to his former foe.

But tensions between the two in their Pakatan Harapan alliance had been growing, as Mahathir resisted setting a specific timetable for keeping his promise to hand power to Anwar.

The coalition’s political fortunes have been waning with defeat in five recent by-elections.

In a side development, Anwar also had a split with party mate, Mohamed Azmin Ali, the econonic affairs minister, who was among those who joined the meeting on Sunday night. On Monday, Anwar’s PKR announced the expulsion of Azmin as a member.

For his part, Azmin announced that he had quit Anwar’s party, taking with him 10 renegade members of PKR, which until Monday was the dominant partner of the ruling coaltion.

At least 112 votes from members of the 222-seat parliament are necessary to form a new government.

Anwar was Mahathir’s deputy when the latter was prime minister during his first stint from 1981 to 2003. But Mahathir sacked him in 1998 after they disagreed on how to handle the country’s financial crisis.

Soon afterwards, Anwar was jailed for sodomy, charges he says were trumped up.

They later reunited in 2018 in a political alliance that ousted Najib. AJE

Painful Stories Of 39 Women Killed By Israeli Attacks On Gaza